VBAZ uses the following components for the backup process:

This guide is intended to provide best practices around sizing, deploying and using VBAZ, and assumes you have already read the Veeam Backup for Microsoft Azure documentation. 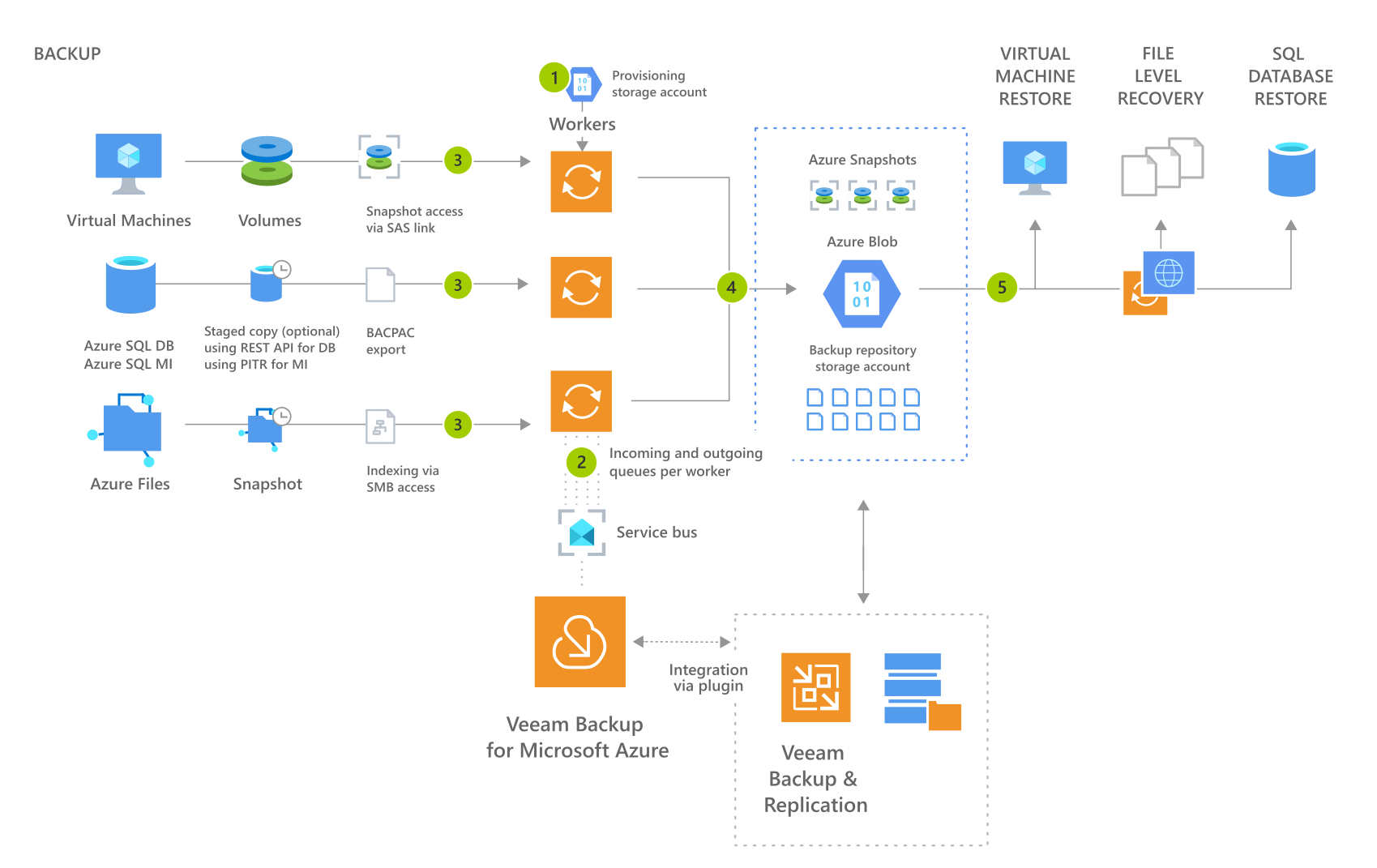 Note that for unmanaged Azure VMs it is possible to restore snapshots and backup data as unmanaged VMs or to change these into managed VMs upon restore. In that case however we copy blob data by URI instead. A restored VM disk can increase in price due to the difference between managed and unmanaged VM disk pricing.

Note that VBAZ deploys with a public IP address by default, but after deploying you can remove this. The only feature affected by this is File Level Recovery. Veeam Backup for Azure v4 comes with logic to handle private networking, including support for premium service bus which has a virtual network endpoint and will work with private endpoints.

You can connect multiple Veeam Backup for Azure (VBAZ) instances to Veeam Backup & Replication (VBR). Ideally one VBAZ is deployed per customer, or more depending on scale. This in turn, can be managed with Cloud Connect and the Veeam Service Provider Console (VSPC).

You can use one VBAZ instance to back up more than one subscription in multiple Azure Active Directory Tenants. This can be configured by adding an account that has access to multiple subscriptions and tenants, or by adding multiple accounts. While this is useful to segment resources, from a management and scaling perspective it is still wise to deploy one VBAZ per customer.

It is also possible to use Azure Lighthouse within Veeam Backup for Azure, but due to complexity we find most end up using the multi-subscription and multi-tenant support without this.