VBG uses the following components for the backup process:

This guide is intended to provide best practices around sizing, deploying and using VBG, and assumes you have already read the Veeam Backup for Google documentation. 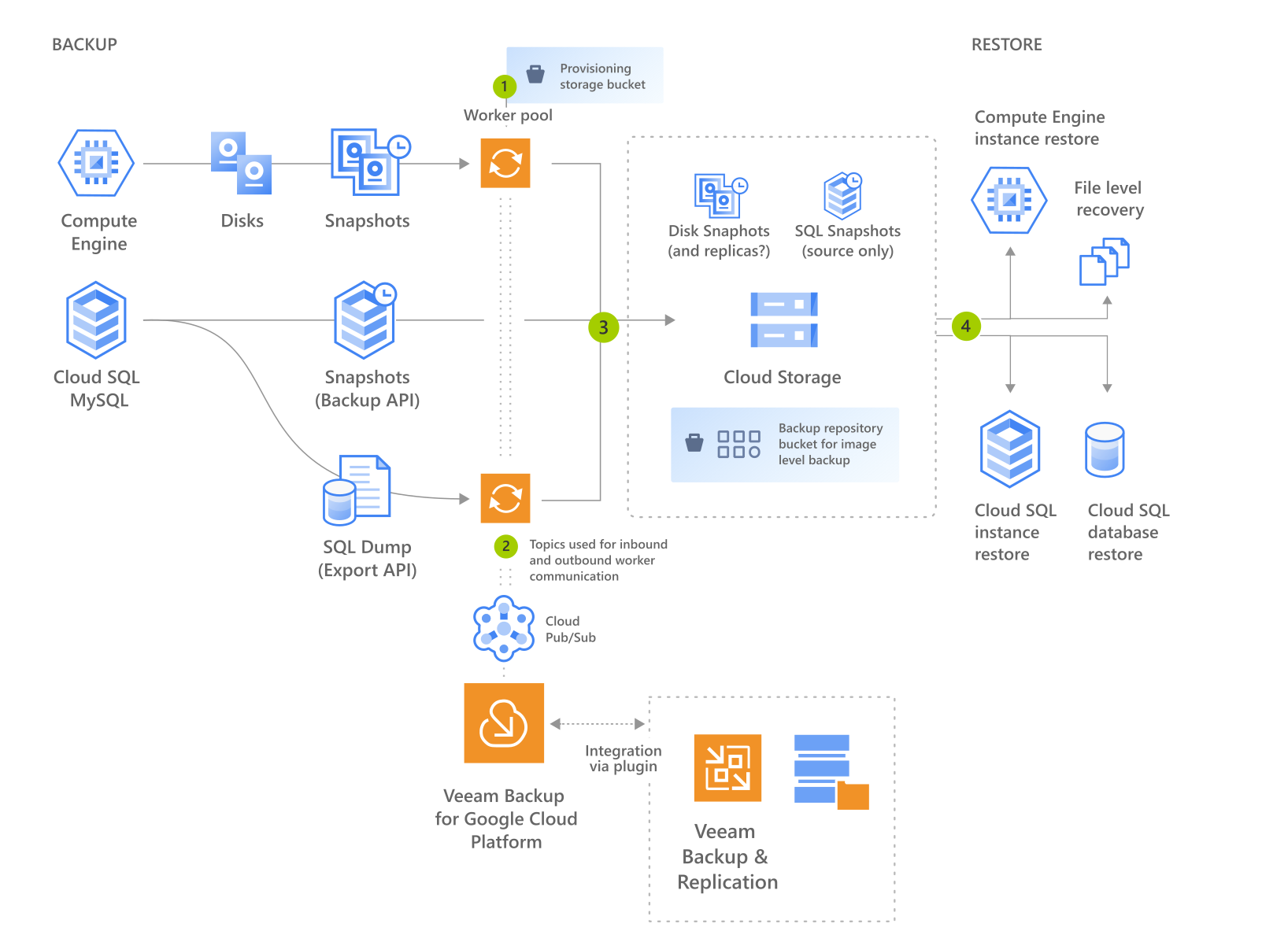 Veeam Backup for Google can protect the following workloads:

In order to restore over an existing instance the original VM instance will be removed. A new VM instance is created with a new name where the relationship to the old VM id is tracked by VBG.