What does it do?

Unlike the backup and tape job encryption features, the network transport encryption feature is designed to protect data “in-flight”. For example, when the proxy is sending data across the network to the backup repository, data can be encrypted between these two points even if job-level encryption has not been enabled. This is primarily useful when the network between the source and target is not trusted, for example, when sending data across the Internet.

How does it work? 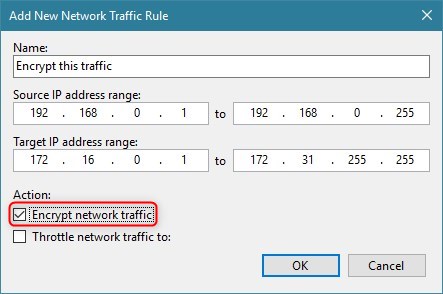 Whenever two backup infrastructure components need to communicate with each other over the IP network, a dynamic key will be generated by the backup server and communicated to each node over a secure channel. The two components then establish an encrypted connection between each other using this key, and all communications between these two components for that session will then be encrypted using this key. The key has a one-time use and it’s discarded once the session is completed.

When to use it?

Network transport encryption should be used if the network between two backup infrastructure components is untrusted or if the user desires to protect Veeam traffic across the network from potential network sniffing or “man in the middle” attacks.