Within the Veeam Backup & Replication console’s repository toolbar, there is button named “Set Access Permissions”. The same command can also be found by opening an existing repository’s context menu: 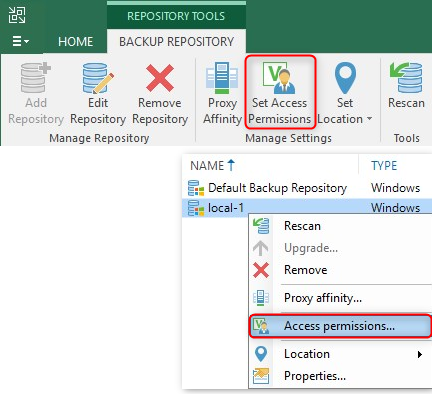 Both open a dialog where not only access permissions but also encryption can be configured for the selected repository: 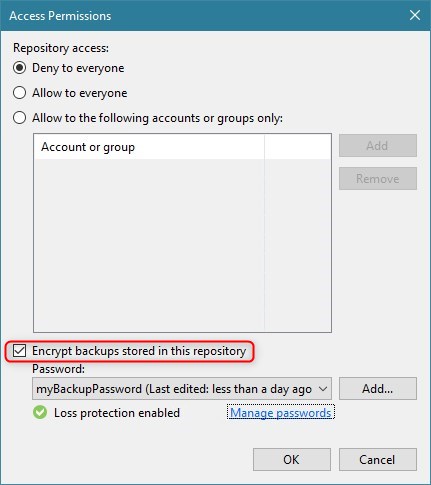 It is very important to understand that enabling encryption in this dialog does NOT lead to a configuration forcing all backups targeting this repository to be encrypted!

Instead, this setting only applies to Veeam Agent backups targeting this repository and not controlled by the Veeam backup server, i.e. Agents in unmanaged standalone mode. Any backup job configured on the backup server (for Veeam Agents as well as for VMs) will always use the backup job’s encryption settings and will ignore the repository encryption configuration made in this dialog (see also corresponding Veeam Help Center page). 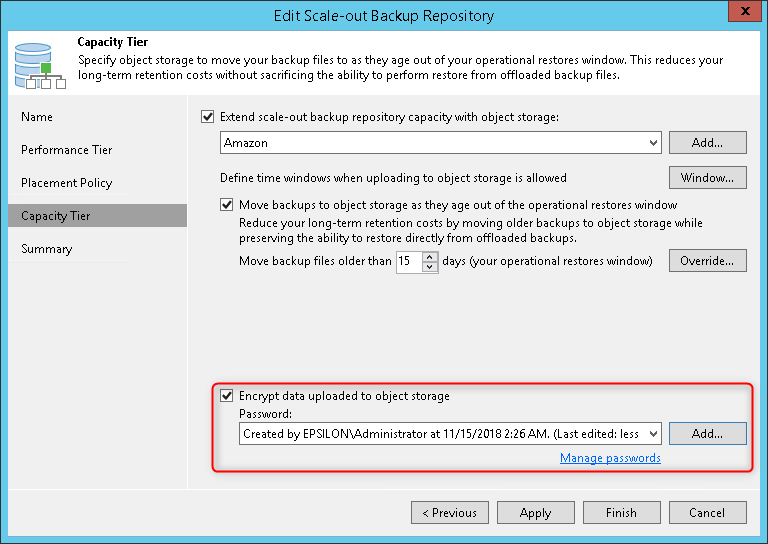 By enabling this setting and providing an encryption password, all backup data offloaded or copied to the Capacity Tier’s object storage target will be encrypted “at source”, i.e. before being uploaded (see also Add Capacity Tier in the User Guide). This applies to backup data created by backup or backup copy jobs that target this SOBR regardless of the jobs’ encryption settings. This also means that (via source job settings) already encrypted backup data will be encrypted again before being uploaded to object storage. Be aware that this will consume additional compute resources and create a performance impact, a fact that might be considered a waste of resources. That said, if Capacity Tier encryption has been disabled, backup data encrypted by the source job’s settings will be uploaded unmodified to the object stroage target, thus it stays encrypted.

Note: Some cloud object storage providers offer “encryption at rest” as a service where incoming data will be encrypted before being stored. Veeam Backup & Replication does not use any of these encryption services but instead is always performing encryption “at source” if enabled as described above.